Maria Roberts featured as a guest speaker on webinar

Maria Roberts featured as a guest speaker on webinar

Maria Roberts was featured as a guest speaker on the webinar series: Doing Business with the Federal Government 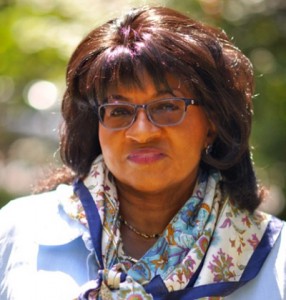 Maria Roberts, Founder and CEO of MFR Consultants, was proud to partner with the Small Business Administration and the Women’s Business Enterprise Council, to be a part of their Webinar speaker series, “Doing Business with the Federal Government”.  Roberts’ spoke at the session, “Information Technology Marketing”, which was not only insightful but also offered tools on how to secure federal government contracts.

Roberts described her struggles when she first began working with the Federal Government 10 years ago, and credits much of her success to the training she received from the SBA.  She urged participants to take advantage of the training offered by the SBA.  Said Roberts, “The array of support devices and training offered by the SBA are vast.  It was not until four years ago that I really took advantage of all that the SBA had to offer and once we did, our sales escalated tremendously.”  Roberts also emphasized that in addition to being multifaceted, the services are free of charge.  MFR’s employees went through one-on-one training and group training at the SBA offices as well as received training at MFR’s offices and in online Webinars.

MFR is a recent graduate of the 8(a) program and in her concluding remarks, Roberts praised George Murray, Lead Economic Development Specialist, and emphasized the importance of developing a strong relationship with SBA officers.  Said Roberts, “I would not be where I am today without the SBA.”