Is there really a case for Blockchain in the Public Sector? - MFR Consultants
25420
post-template-default,single,single-post,postid-25420,single-format-standard,ajax_fade,page_not_loaded,,no_animation_on_touch,wpb-js-composer js-comp-ver-4.5.3,vc_responsive,elementor-default,elementor-kit-23638,elementor-page elementor-page-25420 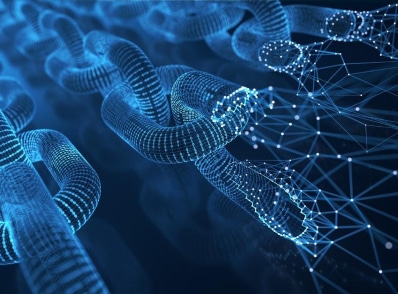 Is there really a case for Blockchain in the Public Sector?

Is there really a case for Blockchain in the Public Sector?

Since 2009, when the first block of Bitcoin was mined, the popularity of blockchain technology has grown exponentially. Bitcoin grew to over $10 billion in market capitalization and sparked the launch of many other cryptocurrencies. This popularity was driven by the clear benefits of cryptocurrency, including minimization of counterparty risk and elimination of need for the involvement of financial institutions.

With the recent crash in the cryptocurrency market, there has been increased speculation about the ability of blockchain to be successfully implemented in many industries. With the stark devaluation of Miami-Coin (the first-ever “City Coin”) this speculation has been particularly prevalent with regard to the public sector.

However, blockchain is not synonymous with cryptocurrency. The applications of distributed ledger technology span far wider than currency transfers, including enhancing accountability and transparency, a goal of many governments.

Distributed ledger technology brings with it the decentralized storage and validation of data and recording of transactions, with no single point of failure. Additionally, blockchain can provide attested and permanently time-stamped information. These are attractive characteristics for public sector entities. However, too often, public sector organizations begin implementing blockchain without clearly articulating the use case and accurately identifying potential barriers.

To realize blockchains’ potential benefits in the public sector, governments will need to define their specific use cases. Some examples include (but are not limited to):

• self-executing contracts that remove the need for intermediaries;

• filing and retrieving documents such as patents, licenses, and permits.

Like any technology investment, to be successful, governments must first identify the problem they are trying to solve, develop infrastructure and proof of concepts for their use cases, and, where the proof of concept is successful, take those cases to scale. Despite the recent second thoughts about blockchain due to the crypto crash, with the right processes and a thoughtful approach, public sector entities can reap the many benefits that distributed ledger technology has to offer.

Thoughts about public sector blockchain? We’d love to hear from you! Get in touch with us here, or follow us: